A Comprehensive Introduction to Ride-Hailing Industry - Cabstartup Skip to content 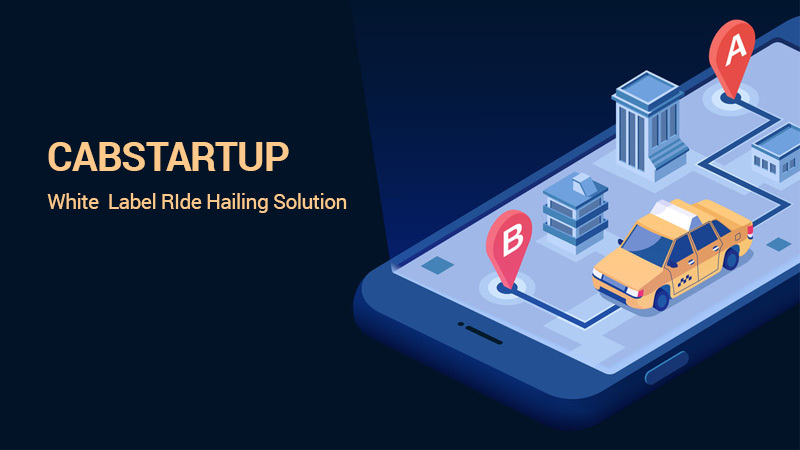 The global timeline of past two decades highlights the transformation of human civilization with the ethical use of digital technology. Smartphone, one of the most revolutionizing inventions, lies at the core of this evolution. The arrival of smartphones disrupted many industries. This advent allowed the software developers and entrepreneurs to make commuting easier by developing ride-hailing applications. This concise introduction to ride-hailing ensures to familiarize the entrepreneurs with the business requirements and industry trends.

North America leads the global industry by a CAGR of over 12%. Particularly, the United States is home to the most widespread on-demand taxi companies. Uber and Lyft are the top service providers, but other startups are also making gains.

Uber is making fast penetration in every region of the world. Currently, the service operates in over 70 countries. The nearest competitor operates far from reaching Uber – operating in less than half of as many countries as Uber. However, the market share is huge enough that the industry is far from the saturation point.

Although the US leads the world in developing the successful on-demand cab businesses, yet the most number of customers are in China. Owing to the massive potential, the local Chinese entrepreneurs are significantly investing in the business, and many of them have made substantial gains. Trailing the US, Indonesia also remains one of the chief contributors.

Being one of the pioneers of on-demand taxi service is not the only reason for Uber’s success. In fact, few startups implemented the business model before Uber but failed to sustain the revenues. The main cause was the deficit in innovation and integration flexibility. Uber growth owes to the remarkable planning and implementation by considering the regional consumer’s demand. 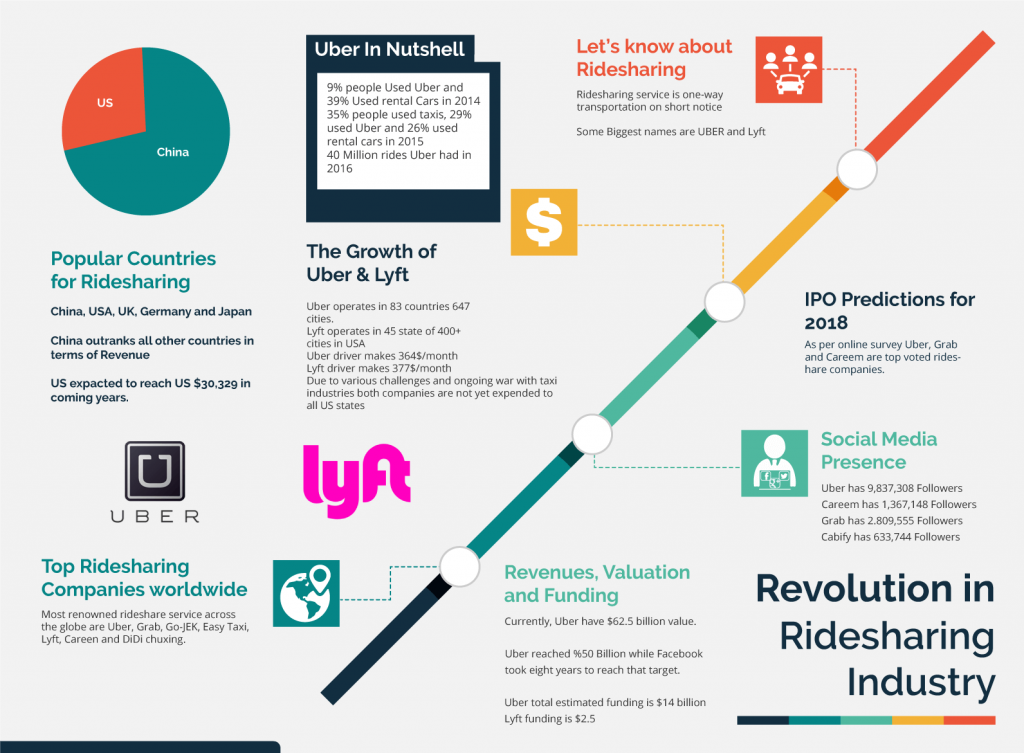 The market figures from around the world indicate that many countries will drift into the top markets by 2025. The emergence of Indonesia in the top three is the initial confirmation of this hypothesis. Any country with political stability and an average of at least 120 people per square kilometer keeps the highest potential for ride-sharing industry.

Many countries with a sizeable population and satisfactory stability are demonstrating tremendous growth. Especially, Western Europe Middle-East and the Asia Pacific are excellent markets for startups apart from China and the US. Many locally developed enterprises are making remarkable numbers in these regions. Some of these businesses are outperforming Uber as well.

Nevertheless, the on-demand cabs business will flourish in many countries regardless of local instability or a relatively small population. The success of the industry in North Africa, Eastern Europe and – above all – South Asia consolidate this assumption. The owners of taxi hailing apps need to ensure that they study the demands of local market before starting the service. If the service corresponds to the demands, the business is likely to expand.

Owing to the lesser per capita income and massive unemployment, the ride-hailing industry also provides a significant number of employment opportunities. Thus, the administration of such countries is attempting to make requisite regulations. The effective legislation is not only providing excellent jobs to the locals but also enabling the commuters to mitigate their traveling menaces.

The ride-hailing market of developing countries is disparate to that of developed countries. A primary difference emerges from a wide range of per capita income. The service providers offer a variety of ride-hailing options considering the varying demands in different regions. Urban Settlers of Europe and North America have the choices of sedan and hatchback. Some businesses offer vans too.

The wealthy kingdoms of Middle-East also allow large operations. The presence of a considerable number of tourists ensures that the business earns remarkably. In any region, the economic disparity varies widely. Thus, many efficient service providers offer luxurious but expensive rides and basic but cheap ones in the same country.

For instance, Uber renders business class services as well as three and two-wheelers in China, India, and the Philippines alone. This introduction to ride-sharing enables the aspirant businesspersons to decide about the variety of vehicles wisely.

An insight into the successfully running ride-sharing systems indicates that, apart from choosing the region and types of vehicles, each successful business provides efficient smartphone app. A deficit of efficiency results in failure irrespective of the selection of area and vehicles.

Following features of app ensure the best service provision to the consumers.

1. Interface of the application should offer easy navigation to various parts of the system. The consumers with least technical understanding should be the audience of developers. This notion follows from the fact that most of the riders lack technical knowledge.

2. Real-Time Tracking of drivers facilitate the passengers to track their agents in real-time. This facility allows the riders to estimate the arrival time and ensures to connect the passengers with the nearest drivers.

3. Payment Options should be diverse to avoid any delays. Many consumers in South Asia and the Asia Pacific require the option of payment by cash. Thus, the diversity will further simplify the services.

4. Feedback allows companies to improve their services by addressing the complaints and compliments of consumers. The commuters avoid sharing feedback if the steps involve a lengthy procedure.

5. Performance of software keeps the paramount significance. There are times when the influx of requests is high. It is annoying for the customers if the request fails to proceed owing to extraordinary pressure on the system.

Are You Ready to Attain New Heights?

This introduction to ride-hailing depicts an astonishing volume of opportunities. The analysts forecast that the revenue of this industry will become twice more than the current figure by 2025. Companies are also preparing for autonomous vehicle regulations to roll out driverless vehicles. The selection of an appropriate region with high business potential amounts to half of the business planning. The other half requires efficient software development and robust testing.

If you project yourself as one of the top stakeholders of ride-sharing industry, sign up today. Our expert team will guide and assist you in building and consolidating the business.