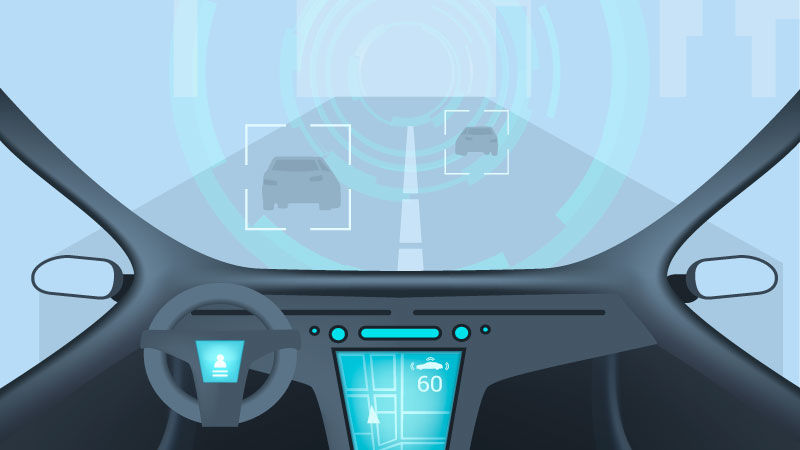 The introduction of ride-hailing services disrupted the traditional taxi industry. Seeking a taxi is now only a few taps away unlike the lengthy and relatively inefficient traditional model. The advent of autonomous cars was also labeled as the beginning of driverless taxi era. However, self-driving vehicles will take more than a decade before starting to replace drivers with software.

The latter half of 2018 was a breakthrough period for autonomous ride-hailing concept. Two independent services kicked-off in regions geographically apart by thousands of miles.

The commercialization of robo-taxi services sets the ground for multiple candidates who were waiting for an initiative. Many companies are planning to introduce similar services this year. The ones that started last year are preparing a step ahead to expand into more markets.

Following are the services which started last year or the ones aiming to inaugurate driverless taxi in the near future.

The collaboration between ZMP Inc. – a Japanese autonomous car technology developer – and Hinomaru taxi service introduced driverless ride-hailing to passengers. Although the self-driving cars are under trials for years, yet this collaboration marks the first commercial use.

However, the service is currently limited to only a few towns in Tokyo. The owners aim to the service full-scale at Summer Olympics next year.

The initiative is also significant because ZMP is the only self-driving taxi aspirant in Asia apart from Chinese DiDi Chuxing.

Waymo is the first autonomous ride-hailing service in the US and entire west. While ZMP remains first worldwide, Waymo’s area of operation is broader – approximately 100 miles in Arizona.

The public response was fine but not an overwhelming one. There are obvious reasons. Customers will take time before extending their belief on autonomous rides. Eight months prior to Waymo’s launch, a self-driving test vehicle from Uber fatally hit a pedestrian. The incident occurred in one of the towns where Waymo introduced its service.

The criterion for charging fare is at par with Lyft and Uber services. Waymo wants to attain net profit by the end of 2020.

Tesla demonstrates no urgency for diving into the newly established competition. Instead, the company aims to introduce its version of self-driving cabs in the last quarter of 2020.

However, Tesla intends an entirely distinct business model from the existing rideshare companies or, for that matter, other self-driving companies.

It aims to partner the owners of autonomous vehicles to utilize their vehicles when not in use. The company will pay a percentage of earning to owners in return while keeping 25-30% of revenue.

Although the above cases indicate that autonomous taxi services are seamlessly drifting toward a total self-driving mobility system, yet the ground realities are way different. There are multiple challenges on the way to regularizing driverless taxi services on large-scale.

Besides, the accidents of some vehicles under testing phases imply that the cars are not fully ready to attain status of final level autonomy. One notable incident was an Uber fatally hitting a pedestrian in Arizona during testing.

Lack of policymaking is also one of the major causes. Local and national governments do not appear to demonstrate urgency in regularizing self-driving taxi services.

For these reasons, the driverless taxi scheme is not a threat to the ride-hailing fleets which are based on human drivers.

CabStartup is the technology partner of number successful ride-hailing solutions in 12 countries around the world. Start your free trial today to examine the performance and features of our platform.