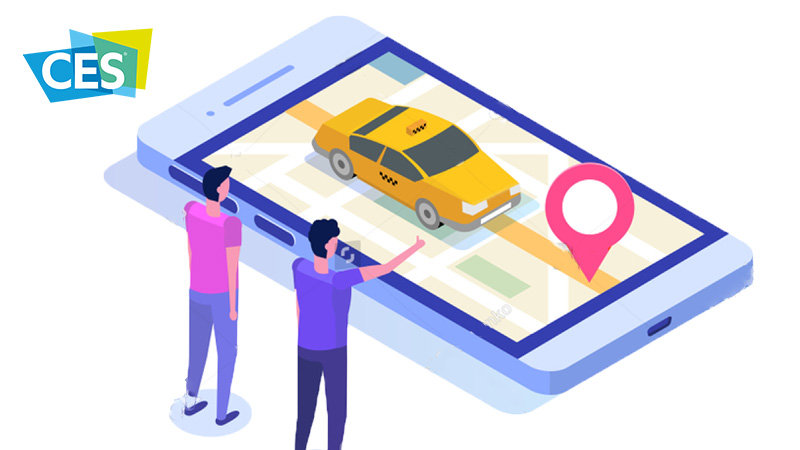 The Autonomous Ride-hailing technologies kept on buzzing in the halls of CES 2019 events. Many nominees including some of the winners of Best of Innovation Award belonged to vehicle intelligence category. The tech analysts are certain that the self-driving cars and the technology associated to it remain the focus of innovators. While many auto manufacturers displayed their autonomous cars, Ford and Uber grabbed most of the public’s attention. Perhaps, this is why both companies are highly featuring in the 2019 CES tech trends.

This article looks into the ways in which the products unveiled by Ford and Uber at CES 2019 will revolutionize the urban transit systems in the near future.

Ford revealed its autonomous taxi service plan a several months before the start of CES 2019. The automotive giant is set to evolve the concept of mobility to an entire new level. It projects to start the self-driving taxis by 2021. Although Alphabet Inc. already introduced the autonomous cab service in Arizona few months back, yet Ford carries more ambitious plans.

Ford does not make the highlight of CES for the first time. The manufacturer also made to the headlines last year when it unveiled the Transportation Mobility Cloud. The leaders at Ford believe that this cloud-based platform is going to connected entire mobility system for urban settlers.

Vehicles will be communicating with each other to keep the journey uninterrupted. This platform brings the world astonishingly closer to achieving the milestone of CASE – Connected, Autonomous, Shared and Electric – vehicles.

A number of tech companies are raised by Ford to test the TMC. Many established companies are also partnering with the manufacturer. These companies come from a wide range of mobility channels. For instance, Spin – a company providing dockless scooters – is in partnership with Ford to add the utility driverless utility to this service. RideOS is another company currently in collaboration with Ford. It offers to facilitate the autonomous taxi businesses for their deployment.

Chariot is a successful implementation of the TMC. This shuttle service enables the commuters to travel to work.

Impact of the TMC

Thus, the TMC enables the app developers to connect vehicles from every kind of transportation means. The widespread deployment of this platform will lead to one of the major accomplishments in developing the smart cities. Ford CES 2019 reinforce this assumption.

The most intriguing consequence will be the end of private ownership of vehicles. Ford is on the way to creating an entire new industry without disrupting the existing ones. For instance, the car dealerships will still be operating. The only distinction lies in the fact that the purchasing parties will belong to ride-hailing services. In essence, there will be B2B sales between automobile dealerships and transporters whereas B2C sales will halt.

Until now, Ford is yet to introduce its autonomous ride-sharing service. One can forecast the efficiency of the service by assessing the success of Chariot, rideOS and Spin. Ford is transforming the transportation industry in general and autonomous ride-sharing services in particular through its remarkable inventions. From bustling bus rapid transit systems to scooters roaming in the streets the impact is visible.

Uber is one of the primary stakeholders of contemporary commute industry. It currently keeps presence in over 70 countries. The pioneering experience of on-demand cab service adds tremendous value to its credibility. The consumers, investors and tech enthusiasts expect the major stakeholders from every industry to share notable inventions. Thus, Uber is preparing to move multiple steps ahead. Its partner reveals, arguably, the most attractive product in the list of CES 2019 tech trends.

Many analysts are predicting the massive vehicle traffic problems in the near future due to ever-increasing cars. The rate of increase in the number of vehicles is alarmingly high. However, the width of roads and alternate routes are not developing with the same pace as vehicle rates.

The leadership at Uber is doing more than talking. Bell – one of the top partners of Uber – exhibited the flying vehicle named as Nexus. The VTOL-enabled aircraft is drawing widespread attention since Uber already announced to use this machine for their on-demand flying taxi service. Many commentators project the pilot-less aircraft to cause the same degree of transformation as the introduction of cars for commuting means.

By mid-2023, Uber wants to launch the service. This launch will undoubtedly be a giant leap towards the development of smart cities. The electrically powered, connected and autonomous aircraft wins the support from a wide range of public and corporate circles. These crafts with six fan pods will improve the quality of air along with the CASE vehicles moving on roads.

By the end of next decade, the urban settlers might come across more air-taxi vehicles than the road-based ones. The travel time will be significantly reduced. Many companies are developing software which ensures detection and classification of objects with precision from a considerable range. The embedding of these products will continue the motion of aircraft and vehicles without interruption. There will be no wait time to allow the other vehicle to pass. InnovizOne Auto-Grade Lidar is one such product that managed to win the CES 2019 Best of Innovation award.

The 600 pounds Nexus can carry five people simultaneously. However, Uber is going to face many challenges before realization of this idea. The regulatory bodies are yet to approve this concept. They will decide after assessing all of the potential negative impacts on cities. They will also evaluate the security features by making Nexus to traverse millions of miles before its commercialization.

Commuters also carry fear to travel by a drone. Uber and Bell face a fierce competition to grab the major share of market because many other companies are collaborating to provide air taxi.

Ride-hailing industry is evolving with the advent of intelligent vehicles. There is a huge opportunity for the investors to own autonomous taxi businesses. To grow with us, start your free trial today.