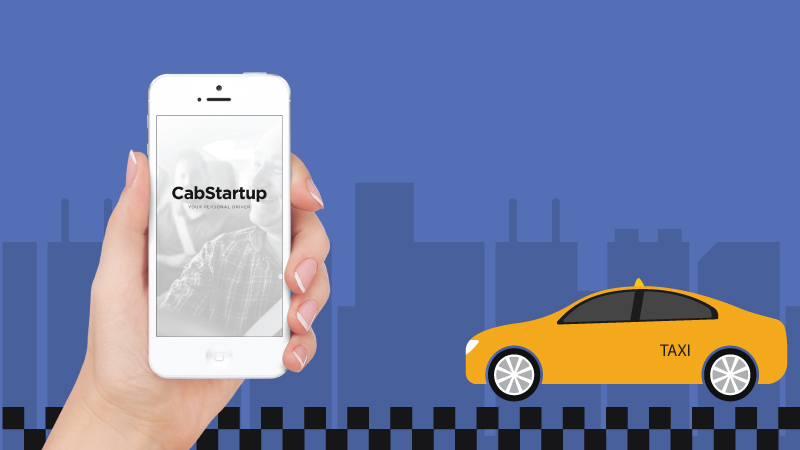 Like other industries, the fourth industrial revolution is causing significant transformation in transportation, commuting, and taxi hailing. None of the traditional taxi businesses has ever been able to reach a net worth of over a billion dollars. However, as many as seven top ride hailing companies have a market value of at least $1 billion. Analysts forecast that hundreds of companies will drift into the billion-dollar club in the upcoming decade.

It is noteworthy that the market value should not be the sole factor determining the top companies of future. Before sharing the brief case studies of top firms, it is essential to define a set of parameters to compose the list of top firms.

The list below predicts the leaderboard of top ride hailing companies in 2025.

Uber is currently leading the market by miles. The company values at $120 billion by the 2018 year end. The volume is set to increase with the upcoming projects. The nearest competitor is far from catching up in the next couple of years.

The company operates in more than 70 countries now, and the number is expected to double by 2025. Uber’s service area in North America is much larger than Lyft – its closest rival in the region.

The company reveals a number of plans. It aims to introduce driverless vehicles in two years. Since the travelers had reservations about autonomous vehicles, Uber leadership was reluctant of incorporating the service. Nevertheless, the successful launch and operation of rival Waymo in Arizona after testing for millions of miles encourage them to introduce autonomous ridesharing.

Besides, its partnership with Bell is set to revolutionize the industry with Nexus – the pilotless VTOL aircraft. This machine will serve Uber as a taxi by 2023. The leadership believes that the ride hailing business model will receive an overwhelming response. Moreover, the low cost of operation will ensure to keep a high revenue growth.

The reputation of Uber dropped significantly in the past few months after public relations problem. These issues may slow down the progress. Nevertheless, the company is expected to stay on top by 2025.

This Chinese company completing on average 25 million per day is expected to make remarkable gains in the upcoming decades. The company is already making efforts to reduce the gap to reach Uber. Didi operates in huge markets where population density is highest in the world.

Apart from the Asia Pacific, the company is rapidly growing in South America. It plans to start operations in urban settings of South Asia. Uber is already on course of revising its policy for Asia after tough competition forecast from Didi. The second most valued taxi startup in the world acquired a Chinese unit of Uber in 2016.

The domain of Didi increased overtime due to successful mergers of local taxi startups in China. The acquisitions of Didi Dache of Alibaba Group and GrabTaxi are notable.

However, the company struggles to define a comprehensive regulatory framework. The leaders spent considerable amount of resources on regulations but failed to enable the drivers to comply with it. It is also struggling on the technological front as the leadership is yet to share their AI and autonomous vehicle policy.

Uber faces the toughest competition from its North American rival Lyft. Although the number of service areas of Uber is currently much bigger than those of Lyft, yet Lyft is rapidly covering the gap. It is also making gains by declining reputation of Uber due to significant PR incidents.

Both Lyft and Uber offer a range of vehicle types depending on the class they select. However, Lyft outperforms Uber in customer services with better cars and conflict resolution. The service is available in every state of the US and nine cities in Canada. It aims to grow the network in North America up to the level of Uber.

However, Lyft does not show intent to increase its global outreach in the next five years or so. With the same approach post-2025, the company may not remain in the top 10. This is because the countries with higher population density have significant business potential.

This East Asian company is backed by Didi to keep Uber from setting its foot in Asia. The firm makes the list of top ride hailing companies because it faces little challenge from current ridesharing giants. The leaderboard may change if a startup with considerable business model and efficient operations reaches the consumers.

The forecasts indicate that the top four will remain same as now. However, Ford will be the new holder of market share grabbing one of the top five spots. This assumption is based on concrete evidence demonstrating Ford’s five-year plan. The auto manufacturer not only aims to introduce autonomous vehicles but thousands of self-driving taxis as well. The scale of investment highlights the fact that the company is one of the major future players in transport industry.

The manufacturer does not limit this plan to taxi services. Ford wants to be the key player in smart cities with connected, autonomous, shared, and electric transport system. It will expand on the experience of Chariot, RideOS and Spin – its current transport subsidiaries.

The ride hailing demand is growing at a cosmic pace. Contrastingly, the service providers are falling short in meeting the demand. Thus, entrepreneurs have an incredible opportunity to acquire the flourishing market share.