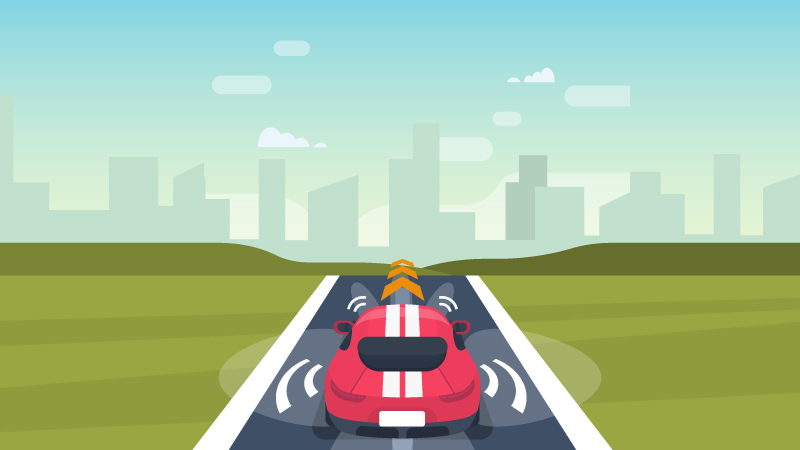 The current wave of industrial revolution redefines multiple industries. Many developed countries are working on raising smart cities with intelligent robots working in place of humans. The most notable factor of a smart city is the means of transportation and commuting. By assessing the research and development of recent times, one can forecast the future transportation trends.

This forecast does not depict the trends of distant future. Instead, the inhabitants of developed nations will witness the CASE vehicles roaming on the highways and narrow streets. The CASE – short for Connected, Autonomous, Shared and Electric – vehicles are the essence of prospective smart cities.

The consumers and entrepreneurs will not have to wait much to observe the CASE vehicles. Many companies are inching closer to reveal their products allowing the investors to revolutionize transport industry.

Since many investors are preparing to flow their money in this revolutionary idea, the aspirants should learn how the CASE concept will evolve the industry.

CASE vehicles will transform the Transportation in multiple ways

The future transportation systems will ensure a three-way economic sustainability for investors, commuters and transport administrators.

Investment in electric vehicles significantly reduces the costs of operation. The US Department of Energy reveals that the fuel cost of a combustion engine is more than twice of that of electric vehicles. The investors can save millions of dollars annually with efficient fuel consumption. These cost-effective vehicles depicting future trends in public transportation move entirely on charged- battery.

The DOE also reports that the maintenance of EVs cost 35% less than that of the combustion engine. Moreover, the costs of EV maintenance are reducing with time as the number of parts is lessening.

The travelers and commuters will optimize their daily tasks by reducing the time and costs of traveling. The ability to pool the cars by multiple commuters will divide the fare. In fact, Uber and some other ride-hailing services already offer the option of car-pooling.

The commuters will not face the menace of traffic while commuting by CASE vehicles. An autonomous car is able to locate and identify any object from an approximately 250m distance. If the object is another CASE car, the two vehicles can also communicate with each other to adjust their relative speeds. Thus, the bottle-necks and traffic jams will be things of the past.

The environmental campaigns are strongly supporting the large-scale production of electric vehicles for transportation and commuting. Research indicates that cars with combustion engines emit three times as much CO2 as EVs.

Some buyers were reluctant to purchase electric cars owing to a severe deficit of charging stations. Nevertheless, governments are paying careful attention to increase the number of chargers to meet demand by the end of 2019.

The contemporary transportation requires extensive management on multiple fronts. In most cities, an entire section of traffic police maintains the flow of traffic and identify the violators.

Many urban administrations are implementing intelligent cameras which identify the vehicle and share the owner’s information with relevant authorities. The database connected with these cameras generates and sends an automated ticket to the offenders. This mechanism is still in the rudimentary stages, but experts believe that it will mature in less than a year.

The autonomous vehicles will further assist the administrators by eliminating the damages and fatalities due to accidents. Research unveils over 1.25 million annual worldwide casualties due to human errors. Analysts label the current status of self-driving cars as level 4.

Level 1 and 2 involved very limited automation as drivers controlled most of the functions. The subsequent level required only occasional intervention from humans while the vehicle was able to control every function. There is essentially no intervention from humans in Level 4. The vehicle requires supervision only in extremely rare cases. This stage is nearing its conclusion.

Final and forthcoming level will enable the cars to entirely decide in any situations. This level may take some time to evolve, but it will not affect the usual operations. Thus, the connected, autonomous and shared environment is highly effective for administrators.

The ride-sharing industry is the chief stakeholder of CASE integration in vehicles. Many transport, commute, and ride-hailing companies are investing a significant amount of money on what some call smart transportation system.

Uber is projecting a ride-pooling service with fully autonomous vehicles by the end of 2020. The company has also revealed the plans to introduce VTOL CASE aircraft ride-hailing. It forecasts to start the service in 2023. The analysts expect it to rule the future trends in air transportation. The aircraft called Nexus is a product of Bell which is in partnership with Uber.

Ford also plans to initiate autonomous ride sharing around the same time as Uber. Unlike Uber, the auto manufacturer will use their vehicles. Google’s parent company Alphabet already started their CASE ride-hailing service in Arizona. The service ensures level 3 autonomy where drivers sit behind the wheel to intervene once alerted by vehicle software.

The fresh investors can benefit as much as the established ones. An investor needs to make collaborations with leaders of multiple industries. For instance, collaboration with the auto manufacturer will ensure the acquisition of vehicles on discounted rates.

Moreover, the on-demand taxi concept does not require ownership of the vehicle. Instead, other investors may offer their vehicle to get a share of profit. The only expenditure is the development of an efficient mobile app which enables the companies to monitor and customers to book rides. Thus, an entrepreneur can start the ride-sharing business with little investment.

It is notable that the development is unlikely to result in unemployment hike. While the autonomous software will replace drivers, scores of alternate jobs will be created to govern the future transportation systems.

All these indicators highlight the significance of CASE vehicles in changing the future transportation trends. This is the appropriate time to invest as the smart industry is emerging. Careful planning and efficient implementation can make any startup as one of the pioneers of smart ride-hailing.

To initiate building the ride-hailing software, you can start your free trial right now.