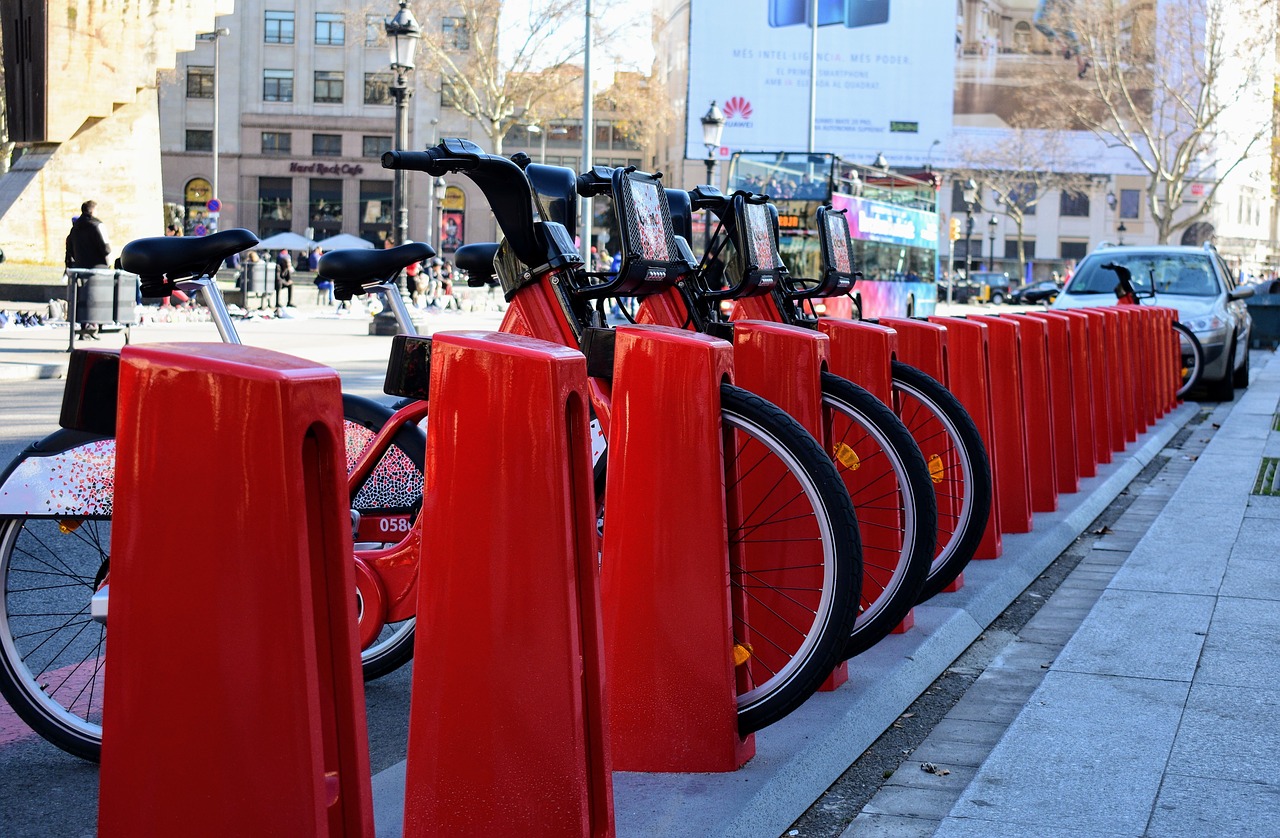 The transportation network in metropolitans mostly comprises public transit coupled with ride-hailing services. However, this combination is inadequate to fulfill the needs of a considerable proportion of commuters. Many commuters need to travel a distance which is too short to book a taxi, Uber, or Lyft and too long to walk all the way. The latter is often the case when passengers offload from a public bus. Bike-sharing services fill this void effectively.

The startups offering bike-sharing app are more likely to remain successful by acquiring sponsorship and assistance in regulations from governments. Public and environmental activists also support such businesses. With such an impressive amount of assistance, bike share business tends to obtain funding comfortably.

The selection of a business model varies depending on the socioeconomic and geographic conditions of a region. For instance, a relatively greater per capita income and purchasing power indicate that people are capable of owning vehicles and would be less likely to travel by on-demand bikes.

However, improved socioeconomic situations do not necessarily result in people owning vehicles. Colleges and universities provide an example. Bike taxi companies ensure to offer services in educational institutes whose area is widespread. Students find it feasible to acquire a shared bike to move between various departments of an institute.

Geographic conditions also affect the choice of business and region because many areas have inclement weather conditions ruling out the possibility of a successful bike-sharing business. Rarely would anyone wish to travel by bike in the immensely hot weather of Texas, Arizona, and New Mexico in summer. Similarly, intensely cold weather of northern regions in winter is likely to halt the bike-sharing business.

This model is around for over a decade now. South Asia and Asia-Pacific are the most successful regions with China and India. Many emerging startups are offering these services because urban areas in these regions are densely populated. The high population density discourages the use of cars and buses.

To acquire an on-demand bike service, a user has to request a ride from a smartphone app. The administration staff in company dispatches the most appropriate bike based on location of user. Although the process of dispatching is automated, yet staff administers the process. An agent, usually a gig worker, completes the request.

This is one of the most disruptive and flourishing business models in rideshare industry. The worldwide market is set to reach $2 billion. Its success pushed industry leaders including Uber and Lyft to start offering such services. The types of bikes widely vary because motorcycles cost more than bikes and scooters.

Uber uses Jump scooters for bike pooling with second generation of such bikes rolling out next week. These electric scooters, though small, are highly cost-efficient for users and operators alike. Lyft, on the other hand, offers e-bikes under the brand name Bay Wheels in the Bay Area. These bikes ensure that the service remains independent of docks by providing locks.

The innovation in machinery over time enables developing and underdeveloped countries as well to implement this model. Asia-Pacific is arguably the top contributor in development of bike-sharing industry with oBike in Singapore, and ofo and Mobike in Beijing among the prominent names.

The success of Grubhub and postmates encouraged a number of startups to introduce on-demand food and parcel delivery services in respective regions. Uber also followed the suit with its Eats model.

Delivery business attains excessive profit margin because operators are able to develop partnerships with food outlets and grocery stores. Such partnerships are helpful for stores, fast food outlets, and restaurants because they can save costs spent on maintaining delivery fleet.

Since the amount of food consumption, number of marketplace businesses, and on-demand grocery stores increasing relentlessly, the demand for delivery bike services will continue to incline at a remarkable rate.

The companies offering on-demand or pooled bike services either keep company-owned fleet of bikes or register private ones. In the latter scenario, bike owners register their vehicles with on-demand startup and attain a part of generated revenue. Research reveals that this model works better than former because startups can save the purchase and maintenance costs significantly.

However, registering private bikes only works well for companies whose daily users are more than at least a hundred thousand. In case of small number of users, the profit margin is too small as a significant part of total earning goes to bike owner. Thus, keeping a base amount of company-owned fleet is advisable to ensure services at all times.

Every business has its own set of challenges. Bike share industry is no less challenging. Three most notable problems are shared.

1. There is no regulation whatsoever that pushes riders to park a bike at appropriate places. Most service seekers abandon bikes in the middle of car parks, driveways, and sidewalks. These bikes create traffic congestion and annoy pedestrians and homeowners. Many countries are developing docking areas so that riders can find at least one dock in every square mile.

2. The riding patterns are inconsistent in that some areas have far more bikes accumulated than others. Consequently, the areas with a lesser number of bikes often face increased demand but insufficient supply. Some companies acquire services of recovery vehicles to pick and redistribute bikes at various locations.

3. Companies in many areas face vandalism. Bikes are destroyed or stolen for multiple reasons. While developing countries are more likely to face vandalism, developed countries are not safe either. Gobee bike-share service shut down its operations in France amid increased mass destruction of its fleet. Nevertheless, many new models of bikes have embedded sensors which alarm authorities in case of such an event.

The collaborations between manufacturers, service providers, and city administrations are enabling startups to overcome challenges. The introduction of e-bikes and e-scooters will not only minimize costs but will also contribute toward preserving biodiversity.

CabStartup powers startups to introduce matchless solutions in on-demand and shared mobility industries. Get CabStartup platform today without any cost before rebranding it for your business.

How to Start a Taxi Business from Scratch to Summit