Is It Too Late to Acquire Rideshare Software App? - Cabstartup Skip to content

Is It Too Late to Acquire Rideshare Software App? 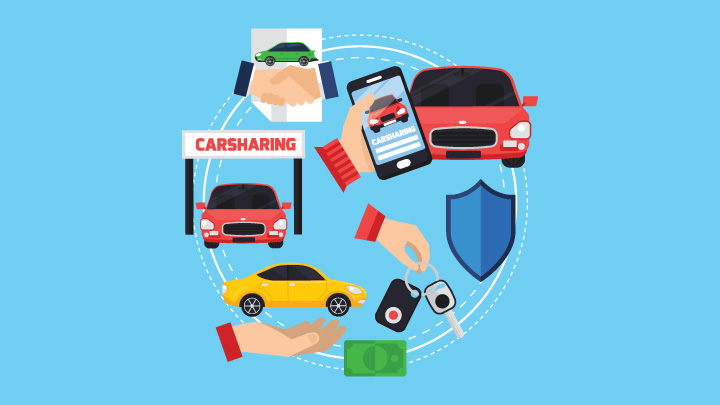 Many entrepreneurs fear that rideshare bubble is going to burst soon. They reason out that the number of services currently operating is already way too high to create room for another rideshare software app. However, the statistics from past two years indicate that rideshare boom is not going to end any sooner. In fact, such business will continue to emerge and sustain for decades.

Unlike the widespread belief, average fare is not the only significant factor that drives passengers’ perception about a rideshare company. A number of studies and surveys conducted in the past couple of years indicate a number of factors that rule consumers’ minds while choosing one service over another.

Private ownership of vehicles is rapidly declining as commuters are adopting rideshare model. Carpooling is not only successful for services with a small geofence. The startups offering interstate rideshare are also incredibly successful.

Reuters reports that global rideshare industry would grow at over 20% between 2019 and 2025 to reach a market size of $220.5 billion. It is notable that this figure does not include ride-hailing market. Despite the introduction of a number of ride sharing services, the gap between demand and supply is growing.

One cause of this increase is the lack of sustainable startups. Thus, the entrepreneurs with carefully crafted business model and efficient set of technology have the opportunity to acquire a part of growing market.

Rideshare companies which started years back are not the only ones generating money. Scores of startups launched in less than two years back are raising millions. Following is a list of some startups which successfully acquired funding. It is notable that these are only a fraction of instances.

Launched in late 2018, Dott managed to raise $56.6 million across two funding rounds in less than a year. The startup provides an app for dockless electric scooters. It is notable that the company is based in Amsterdam – the city known for excessive use of bikes.

The success of bike highlights the significance of location. This startup might not be as successful as it is in The Netherlands. Young entrepreneurs need to ensure that they perform demographic analysis to identify interests of local population.

Many bikeshare startups tried to win a strong consumer-base in Texas but each of those were unwise investments. In the scorching Texas heat, passengers would rarely use bikes. Hitch is providing carpooling for relatively large distances in Texas. The startup offers intercity and inter-county travels.

The first and only funding round raised $0.84 million for the startup since its inception in 2018. This initial success of Hitch rises from its business model which enables passengers to travel between Austin and Houston for $25.

It is highly rare to find a startup that attains unicorn valuation in less than a year. Electric scooter rideshare startup Bird has done it across four funding rounds. The service was launched in Santa Monica in 2017 and quickly gained a considerable passenger-base. By June 2018, it valued at $2 billion.

One of the top reasons for Bird’s success is its environment friendly narrative. The company has become an apple of regulator’s eyes in California. Its push for biodiversity preservation is selling successfully. Recently, Bird wholly acquired Scoot Networks.

In a short span of less a year, this Dallas -based on-demand startup raised $14.5 million funding including a Series A round. The company started operations shortly after Uber and Lyft returned from a ban.

It was widely believed that the startup would not be able to survive in presence of rideshare giants. However, it did survive and managed to gain a decent proportion of market share as well.

One factor that helped Alto was its dedicated fleet of vehicles and full-time employment. While other ride-hailing companies face criticism for mistreatment of gig workers, Alto’s fulltime employment boosted its reputation. Moreover, the riders in Alto can customize traveling vehicle experience with multiple options.

How to Start a Rideshare Program?

Following factors are most crucial to start a successful rideshare startup.

How to Choose the Best Taxi App Development Company