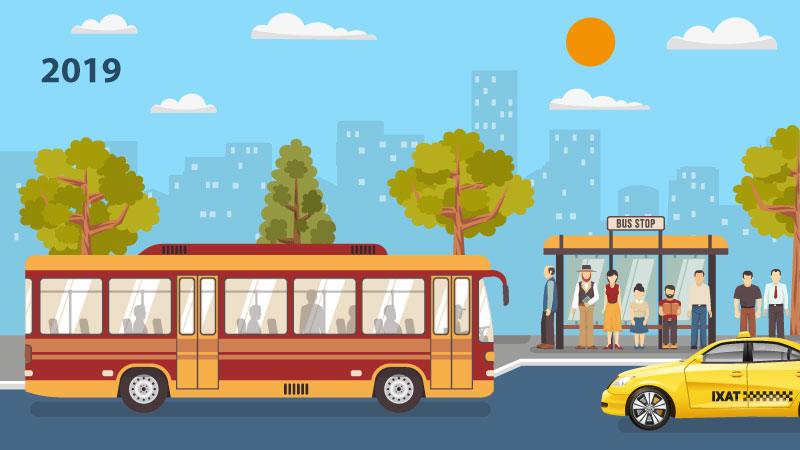 Uber, lyft, and DiDi are the popular platforms that has been disrupted the taxi industry. Stats show a 50 percent increase in the number of self-employed drivers in the Uber dominated areas. An income fall of around 10 percent has been seeing in the salaried drivers. Taxi fleets are in a position to move with the new age of mobility.

The future is green and climate change has been a hot topic for the last few years. Environmental problems have come at the forefront for customers. The significant part is towards the greener living with recycling and sustainability emerging as the primary concerns for the modern world.

No doubt, the electric car business has been booming for other manufacturers too. Electric taxis are the next step for fleets which are increasing in demand for a green future.

A drawback related to the time is the time taken by the cars to fully charge an electric car paired with the relying upon EV charging points and a lot of uncontrollable variables such as demand, maintenance and more.

Electric vehicle infrastructure can be a deterrent. However, the spread of EV charging points and advancements in fast charge EV technology will move at a rapid pace.

EV manufacturers, ZOE, and Kangoo, are increasing the range of their electric vehicles. It is also introducing new connected services for easier vehicle charging. With the help of smartphones, Users can get charging information or control operations in real-time.

Electric cars are a part of the green agenda for many countries. Taxi drivers and company owners can get benefit from plans to incentivize electronic vehicle adoption. It is time to start planning for electric vehicles. The EU proposes the targets of electric car sales by 2040, which needs to take into consideration by the cab companies.

In Ireland, taxi drivers are set to get 7,000 euro donation for shifting to electric cars. In the UK; the “Go Electric Taxi” plan rolled out in 2018. In the programme, incentives are offered to drivers on their first electric taxi orders, free charging on trial and zero commission fares in e-taxi app bookings. It is not just happening in Europe. These are already operating in the US whose distinctive apps provide zero emission micro-transit services to highly populated urban areas.

As far as this trend is concerned, taxi companies should be thinking about moving ahead as electric vehicle transition will be coming sooner or later.

Autonomous vehicles are a reality. Copenhagen’s Metro is automated and self-driven with Hitachi Rail Italy succeeding a contract to supply a few new autonomous trains for the M1/M2 lines by 2020.

After a decade from its beginnings as Google’s self-driving car project, waymo is not far from becoming a commercial entity. Members of the public have been traveling in its driverless Chrysler Pacifica minivans for some time.

Nissan is preparing to launch its self-driving taxi service in Japan by 2020. Autonomous vehicles are already available, but the question of legislation, safety, and perception remain relevant.

Airbus is making steady progress, which aims to realize the concept of personal flight, with the aircraft offering a single seat tilt-rotor vehicle. As with autonomous cars, motorized aerial vehicles are coming down the line.

Transportation network companies have taken over the cab industry with Maas (Mobility as a service) becoming a vital outlet. Ride-sharing, taxi apps, and digital systems are part of modern transportation.

Toyota and Grab have been in cooperation since August 2017, and the new capital intends to realize MaaS for a more efficient and mobilized society fully. Uber is on the endless march to becoming the Amazon of transportation with cars, trucks autonomous vehicles, bikes and scooters in its publicly available fleet of third-party transit.

Ride-sharing taxi apps and third-party transportation services need to embrace the digitally-inspired change that smart technology offers its customers. Many taxi companies are trying to approach the sophisticated technology and developing innovative solutions to compete.