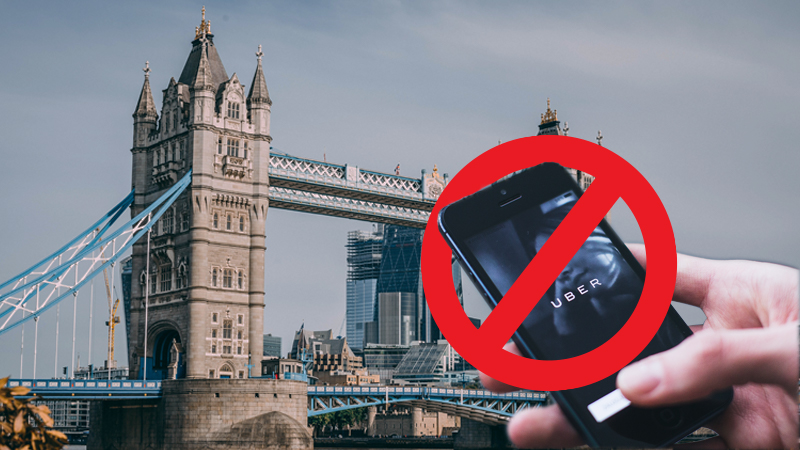 Row between TfL and Uber began in 2017 when regulator highlighted loopholes in safety measures. The TfL refused to renew license but London Magistrate decided partially in favor of Uber in 2018 allowing ridesharing prodigy to continue operation. A two-month long grace period ended past Monday after the 18-month long license expired in September this year.

Although Uber was banned two years back for more or less the same reasons as stated on Monday by TfL, yet they are less likely to get another acquittal. The company managed to satisfy the court last time by reshuffling the top executives. The extension was renewed again two months back on conditions that the ridesharing company would demonstrate strict measures against drivers’ violation.

However, they are not expected to be able to pacify judges this time around because they city has now other ridesharing options as well. Uber also revealed a plan of making London operations entirely based on electric vehicles. The company is yet to demonstrate its progress in this regard. 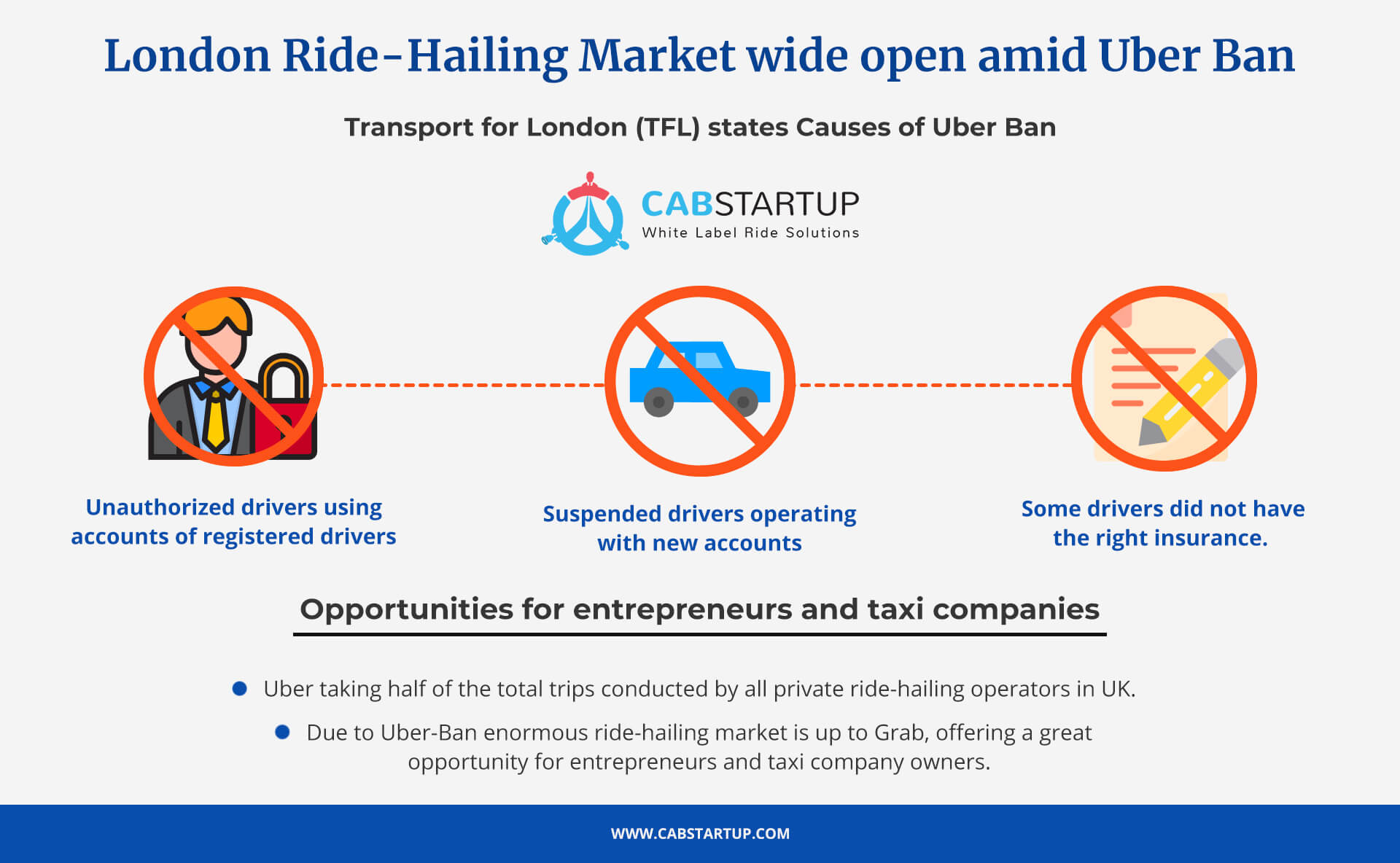 Uber ban is unfortunate for the company and its loyal users. However, the ban is a blessing for entrepreneurs and taxi company owners as they would be able to establish and consolidate their businesses in the absence of their top competitor.

CabStartup enables ride-hailing startups to establish, expand and sustain businesses around the world. You can rebrand our ride-hailing platform with the design of your choice and customize it with additional features. The platform includes native mobile apps for customers as well as drivers. Besides, it also includes an admin panel for administrative tasks.

Another suggestion is to register hybrid and electric vehicles only to promote electric car taxi. Since you will be accessing third-party vehicles, the cost of operation would be the same as that with combustion engine vehicles.

Test CabStartup free of charges for two weeks trial period. Contact us once you are satisfied with the platform to share your ride-hailing business plan and our experts would take you from there.