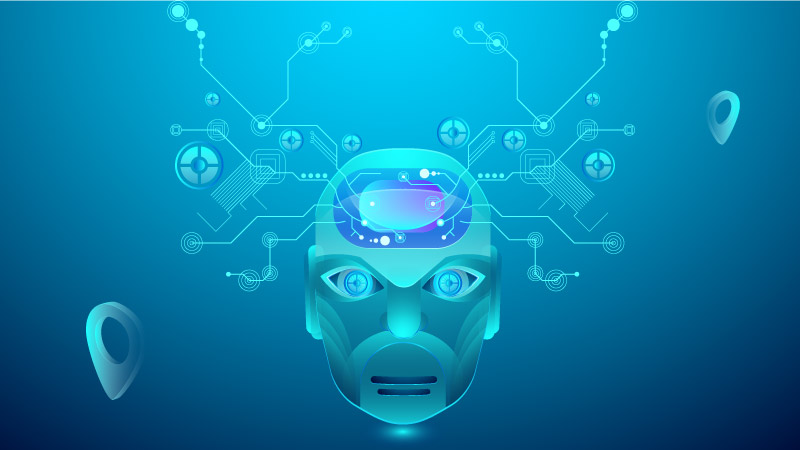 The current decade is not only significant for automobile manufacturer for commercializing autonomous vehicles. It also witnesses the landmark achievement of autonomy in the ride-sharing industry. Artificial intelligence laid the foundation stone to achieve these feats. Machine intelligence in transportation is a crucial component of future urban mobility.

The transportation monetization with AI will be valued at $750 billion by 2030 if it continues to grow at the current rate. Inexperienced researchers, as well as entrepreneurs, should know the steps that enable the autonomous cars to drive without human assistance.

A completely autonomous vehicle is equipped with multiple sensors intended to achieve distinct tasks. The processors analyze the data from various sensors to enable smooth movement. This data integration occurs in real-time to allow a vehicle to make swift and appropriate decisions.

Most of the current self-driving vehicles primarily use a single camera mounted on the windscreen. However, many auto manufacturers are introducing multiple cameras to increase visibility. The analysts believe that single camera version may work well on highways with less congestion. However, the urban downtowns and narrow pathways require far greater visibility.

Latest models of autonomous vehicles use a combination of four to six cameras covering 360° around the vehicle. Computer Vision (CV) algorithms power these cameras to detect objects ahead and around them.

The CV libraries use various machine learning techniques to detect the objects. The developers can customize the libraries to make a distinction between different objects. They need to predefine the region of interest (ROI) before algorithm undergoes supervised training.

RADAR is the current standard for assessing the distance and volume of objects around a vehicle. It uses medium and short-range radio waves which share the information of nearby objects after striking them.

The vehicles equipped with RADAR no longer require side-mirrors because any vehicle can estimate distance of other cars by using radio waves. Apart from lane changing assistance, the RADAR also enables the vehicles to maintain a safe distance, and park efficiently.

Currently, machine learning in transport management works in conjuncture with 24-GHz RADAR. However, 122 GHz technology is in the final testing phase and may soon be available by early next year. Besides, observers expect monolithic System-on-Chip technology to make way into the industry to integrate baseband functions along with RADAR.

While RADAR is already increasing the efficiency of self-driving vehicles, the LiDAR sensor set to completely transform them. Instead of radio waves, LiDAR uses laser light. Since the wavelength is relatively much shorter than, the system should comprise an intensely sensitive receiver apart from the transmitter. The shorter wavelength ensures greater frequency which allows the laser to penetrate the object.

This penetration assists the LiDAR system in modeling a 3D sketch of the object. High frequency also allows the system to work effectively under inclement weather conditions. In contrast, the environment significantly affects the efficiency of RADAR.

InnovizOne – one of the winners of CES Best of Innovation Awards – is a LiDAR technology equipped with the ability to detect objects as far as 250 meters from the vehicle. Owing to LiDAR technology, the device is resilient to harsh weather conditions. This gadget can track objects in real-time apart from detecting lanes. Moreover, it can also classify objects boosting the machine learning in transportation engineering.

Such inventions ensure that auto manufacturing giants will be able to reduce accidents up to a remarkable degree. The machine learning in transportation business will soon allow complete elimination of vulnerability. Since 94% of car accidents involve human error, autonomous cars will significantly bring down the percentage of crashes.

The transport industry is one of the chief stakeholders of GPS technology. Every driver with smartphone access may find the one’s pinpoint location in the remotest regions using the GPS. It does not require internet connectivity.

Machine learning enhances GPS use by providing highly-efficient route optimization. Correct implementation enables the optimization algorithms to detect narrow streets and parking lots too. The AI in transportation ensures that the vehicle makes better route selection decisions without affecting the mobility of nearby vehicles.

Finally, the data from all the sensors, cameras and GPS capacitates the vehicle to drive without driver’s assistance. Level-two autonomy also features cruise control where the vehicle moves without interference from the driver. However, cruise control can only be enabled in certain conditions.

Although the application of machine learning in transportation fared very well, yet administrators and auto-manufacturers need to overcome a few shortcomings too.

Machine intelligence in transportation is very close to achieving an autonomous urban mobility model. The rest of the tasks are only a matter of small time because most of the testing and requisite legislation has already been done.

Meanwhile, investors have an unparalleled opportunity at their disposal to become one of the pioneers of autonomous ride-sharing service. Regardless of the amount of technical understanding, you can be the industry leader too. Sign up today to get going.

How Technology Can Help the Taxi Industry?

The Advent of Mobility as a Service and Transportation Conquest