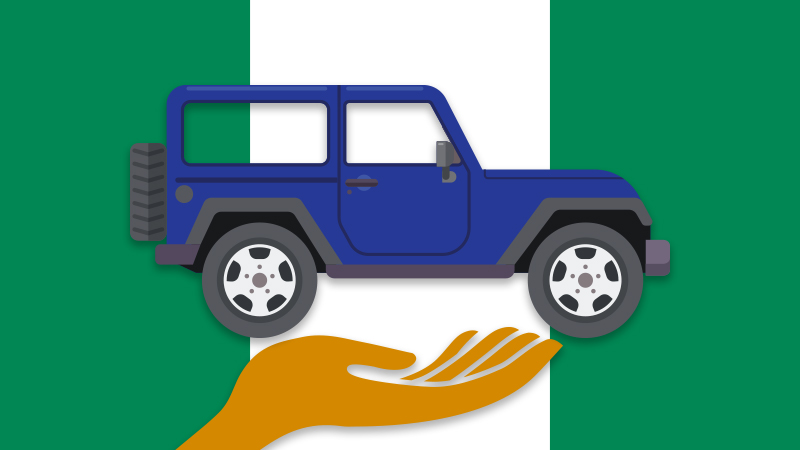 Nigeria is among the top four African countries attracting most startup investment. The growing middle class and an incredibly low median age of 18.4 years are resulting in a highly suitable environment for on-demand business. The current generation is more tech-savvy than ever. Consequently, consumer trends are rapidly changing to adopt mobile based service acquisition. The growing local demand along with a massive influx of tourists indicates that SUV on-demand business would make extraordinary gains.

The country is 7th most populated in the world with over 200 million people. Total addressable market (TAM) for ride-hailing and SUV service in particular is not as big as its population. Nevertheless, Nigeria is making sharp progress in pulling its population out of poverty.

How is Nigerian market attractive for investment in Ride-Hailing?

The country’s middle class currently stands at around 20% of the total population which amounts to approximately 40 million people. The number of smartphone users in the country are also estimated around 35-40 million indicating huge opportunities for ride-hailing businesses.

A flashpoint for tourists

Abuja population at around 2.4 million is nowhere near Lagos but the capital city is one of the most sought after places for tourists to stay in the region. The northern region includes southern edge of Sahara desert while the presence of three national parks with abundant wildlife pushes tourists to stay in Abuja.

The stay in this city does not only make safari parks and Sahara accessible to tourists but offer considerably better security. An improved security framework is enabling the country to attract substantially high number of tourists in recent years. The percentage increase is also notable.

Official statistics indicate that country witnessed almost 400% increase in tourism between 2012 and 2016. More than 1.8 million tourists made their ways in Nigeria in the year 2016. Unofficial figures reveal that the number is well above 2 million in 2018.

A robust reform strategy is resulting in producing one of the best business environments in the region. It was not the same prior to 2016. The country was plagued with widespread corruption and terrorism. The process of registration and evaluation for unnecessary and lengthy regulations discouraged investors and entrepreneurs.

Nevertheless, the creation of Presidential Enabling Business Environment Council (PEBEC) in 2016 caused a huge shift. Since then the country climbed 39 places in The World Bank’s index for Ease of Doing Business. The analysis from reputed global firms forecast that the country would further improve the rank and drift into top 100 in the next two years.

A major hurdle in the past was the complication in getting visas. The government introduced visa on arrival policy in 2017 to ensure seamless tourism and business activities. The policy promises to increase tourism and startup development manifold.

Why tourists prefer SUVs in Nigeria?

A significantly large proportion of tourists landing in Nigeria requests SUV services. The tourists seek comfort as well as security. However, there is barely any business that provides such services apart from Estonian ride-hailing service provider Bolt.

Besides travelling within the cities of Abuja and Lagos, the tourists also seek SUV for travelling to safari parks. Nigeria is home to some of the finest wildlife parks particularly in the western region of the country with Yankari Game Reserve, Jos Wildlife Park, and Okomu National Park being the most notable ones. SUVs are suitable to tackle the tough terrain in these parks.

Lagos city shows drastic improvement in lifestyle. It offers a number of luxurious five star hotels and posh living spaces. However, it barely has a ride-hailing service with spacious and luxurious vehicles. The existing services including Bolt offering deluxe and executive class vehicles are too less to address the considerable proportion of high socioeconomic classes. Lagos alongside Abuja also receives the highest number of foreign tourists.

Besides, very small number of services providers offer vehicles with real-time surveillance and monitoring system. Although the security situation has markedly improved, yet travelers consider real-time tracking as an advantage.

Ride-hailing companies avoided Nigeria before 2015 due to largely poor security and business environment. Even the local entrepreneurs were opting Europe or North America despite higher cost of operations in those regions.

However, the entrepreneurs and investors started to flock in after 2016 business reforms. Three years down the road, Nigeria is among the most favorite destinations for investors. A massive $120 million Series B funding of OCar in November 2019 presents just one instance out of dozens.

Uber started operations in the country in 2015 at Lagos. It expanded to Abuja in 2016 and currently operates in eight Nigerian cities. The ride-hailing giant also launched boat service in July 2019 at Lagos.

However, no major ride-hailing company except Bolt currently offers SUVs. Recently announced OCar is expected to offer SUV but these two existing services would still be far from sufficient to fulfill demand.

Nigerian ride-hailing market is up for grabs

Nigeria is demonstrating huge potential for startups for the past few years. The 2016 business reforms are enabling the country to attract investments from all corners of the world. In the midst of this growing on-demand economy lies a huge but largely unexplored opportunity of SUV on demand services.

Considering the volume of tourists, the growth in tourism, and growing middle class, SUV ride-hailing service would bring great fortunes for the stakeholders.