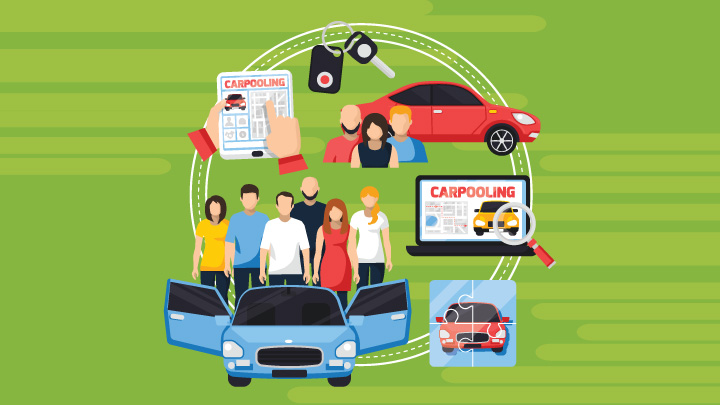 It has been over a decade since the ride-hailing companies started to emerge. The types of businesses and approaches of various companies differed resulting in rise of multiple business models. However, each of these businesses including Uber, Lyft, Via, and Juno have one common factor – the entire business stands on rideshare software systems with mobile app-based interfaces.

The swift developments in rideshare systems introduced certain business models. However, there is no standard nomenclature which can classify the models into distinct kinds. CabStartup makes this classification so that we can precisely explain the aim of every feature of our rideshare software to clients.

Following are the three most generic models. Every ride-hailing business on planet falls into one of these three kinds.

Uber introduced first ever globally recognized rideshare services in 2009. The initial services model offered on-demand taxi only. The notable distinctions of this model from traditional taxi businesses include:

Uber with its on-demand taxi business went on a taxi disruption spree. Every state capital and other metropolitan areas adopted Uber quickly. As the competition heated up with the advent of Lyft in the US and other apps elsewhere, Uber incorporated more features. While initially it offered payment through credit card only, the service integrated multiple payment gateways later.

Although the business model remained same for roughly the initial three years, yet the rideshare giant expanded its targeted niche with Uber Black, Uber Select, UberXL, UberSUV, and a bunch of region specific services.

Out of all the services, on-demand Bike Rideshare Platform is or simply Uber MOTO deserves a separate. The service enables passengers to schedule a bike along with qualified rider who drives the passenger to desired location. Bike rides are gaining attraction for their small cost of operation allowing drivers and service provider to earn more. They are also ideal for customers who intend to save money.

Lyft started with the same business model offering on-demand taxi as Uber in 2012. However, this startup based its marketing on touting its social responsibility efforts regarding assistance to drivers. This was significant because Uber drivers earned lesser while they worked more than Lyft drivers.

Uber remained an undisputed ride-hailing giant for three years. It was impractical for a new startup to outperform Uber with the same business model and marketing. Thus, the model of Via was based on carpooling. In essence, it allowed passengers to book a seat in a ride instead of booking the entire vehicle. This idea worked for the following reasons:

Although carpooling does not ensure to pick passengers precisely from their location every time, yet it does pick them from a nearby pickup – mostly located in a 500 meters radius. It rests on service provider of rideshare software to change the size of this radius. In some cases, customer’s location falls in the way of vehicle’s route.

Dynamic routes imply that the path of ride would update each time when it accepts a request from a passenger. This feature ensures that a vehicle follows the most suitable path despite the fact that the pickup locations of passengers are spread.

Carpooling model remained highly successful as it prompted Uber to adopt it in 2014. Uber branded its version as UberPOOL. Although Lyft introduced mobile app-based carpooling years later, yet its founders offered interstate rideshare pooling even before existence of Uber through Zimride.

Considering the success of on-demand economy, some of the existing rental companies as well as startups launched on-demand car rental services. These services differed from carpooling and taxi services in a number of ways:

Enterprise CarShare, Cars By Hour, Zipcar, and Turo are some of the notable examples in the US which have implemented this model. There is a massive market for on-demand car rental services because people often require traveling to multiple locations within a relatively small time. If instead they choose to travel by taxi, the cost would be substantially higher. Choosing carpool would take far more time on average.

Rideshare Software App for Bikes provides another variant. The only difference is that of type of vehicle. The bikes in rideshare businesses do not offer rider unlike on-demand bikes. Moreover, it is impractical to use bikes for long distance rideshare. This model gained immense popularity after the introduction of electric scooters. Both Uber and Lyft offer e-scooters now.

With rideshare businesses operating at such a broad scale, it is essential for service providers to have a flexible underlying rideshare platform. The providers would require scale up and integration of more features in future.

For instance, if your company currently offers on-demand taxi, you would soon need to expand it to offer carpooling and rental rides too. This is because governments are aiming to adopt mobility-as-a-service model which implies integration of various business models into large-scale transportation networks.

CabStartup is at the forefront of rideshare innovations occurred in the past five years. We developed successful startups as well as assisted existing taxi and transportation companies to achieve sustainability. We would love to have you as one of our partners so that we can innovate together. Start the free trial of CabStartup rideshare software right now.

How to Enhance User Experience in App for Taxi Service