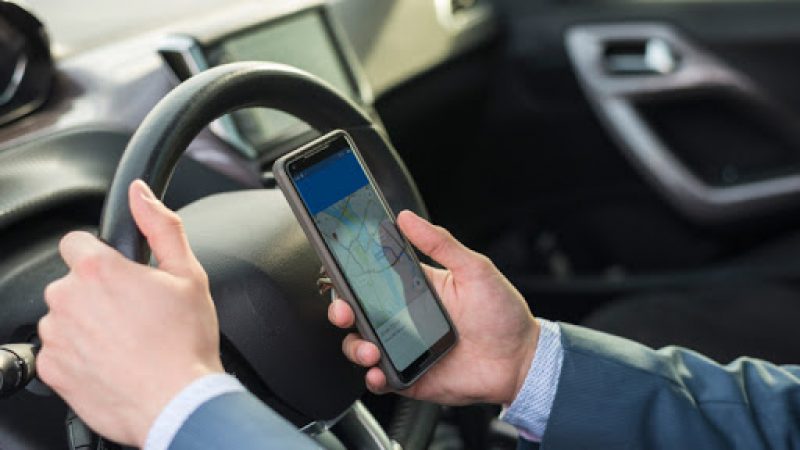 The contemporary inhabitants of earth are extremely fortunate to be alive in the current age. They are able to see vehicles running on steam, petrol, gasoline and electric charge. Currently, the technology is enabling them to see the autonomous or self-driving vehicles too. The taxi dispatch solutions are successfully making rounds for over a decade now. The researchers forecast that the commercialization of autonomous cars for ride hailing services will abruptly spread in 2019.

Although legislation and regulatory framework for autonomous cars are still in the rudimentary stages, yet the technology has evolved up to the extent that it outperforms human drivers. The disruption in traditional taxi businesses caused by cab startup solutions will not end here. The advent of autonomous vehicles will further evolve and optimize the industry.

The consumers carry some apprehension about the ability of software to be as good or better as human drivers. The surveys by Forbes indicate that most of the participants were willing to travel in self driving cars if the service provider offers a “considerable” compensation in case of an accident. They also want large scale use of fellow citizens before they would adopt it.

However, the self-driving cars manufacturing companies are confident that they are going to win the trust of public. Waymo, an initiative of Alphabet Inc., partially launched the service last month for the residents of some counties of Arizona. The public response is overwhelming as a significant number people are willing to adopt this mean as their primary commuting choice.

The riders welcomed the Waymo ride for comfort and reasonable fares. A 3-mile trip lasting for 15 minutes costs $7.59 as reported by Reuters. This cost is almost the same as Lyft and Uber.

Another reason for manufacturer’s high expectations is the fact that the surveys conducted five years back with a similar set of questions indicated far greater level of fears surrounding the commercialization of autonomous cars. The experts believe that the substantial reduction in apprehensions follows the decline in the number of accidents of self-driving vehicles.

There is a diversity of opinions among executives of on-demand taxi services, but most of them are convinced that a considerable amount of their business will involve the self-driving cars before the end of upcoming decade.

The executives at Uber believe that Uber self driving car will be on roads before the year 2019 concludes. Although they plan to acquire the self-driving cars, yet they rule out the possibility of laying-off drivers. Uber wants drivers to keep the wheel when they sense an unprecedented and unusual behavior by cars. The tablets embedded in autonomous cars enable the riders to view the surroundings as the car “views” it. This ability signals the drivers if the ride is not up to the mark.

However, the company also plans to phase out drivers in the long run once they develop efficiency beyond doubt in the automated vehicles. The number of employees will not drop because the continuously running vehicles will require more maintenance and, hence, more mechanics.

Lyft also projects to initiate the autonomous rides before midyear. The company leaders believe that the complete transformation may take up to five years. It has already collaborated with General Motors to acquire vehicles, and tech analysts put the collaboration as a landmark in the concept of autonomous car sharing.

While Uber and Lyft have already made a significant amount of investment, a bunch of other notable companies is also following the suit. Tesla is one of the pioneers who introduced autonomy in vehicles. Now, Tesla leaders are finalizing the autonomous ride sharing services. Since the company is manufacturing the vehicles, it is capable of rolling out and growing the autonomous taxi services faster than its competitors.

Alphabet’s vehicles have managed to win the consumer trust in the partial release. The leaders project to attain a return of five times of their investment. Ford is all set to introduce their self-driving vehicles by 2021 and wants to invest $4billion by 2023.

Nevertheless, the industry is not saturating any time sooner despite remarkable growth of investors’ interest. At the current estimation, the global investment of autonomous ride sharing is still falling short to fulfill the future consumer demand. Besides the traditional needs, there are scores of other benefits of investment in autonomous cabs. The electric vehicles will reduce the operational costs and improve the climate situation as well.

Thus, the entrepreneurs opting for self-driving cabs to put their money will be capable of growing their domain to as big as over a billion dollar inside five years.

Research at Allied Market Research forecasts that market of self-driving vehicles will top up to over $556 billion by 2026. Currently, the market worth stands at little over $54 billion. The increase of an astonishing 39% in a span of seven years reveals that the dominant share of vehicle industry will turn towards the autonomous vehicles. There is little doubt that the combination of autonomous cars and ride hailing technologies will revolutionize the taxi businesses. The only challenge is that of regulation.

Up to 600 Waymo One vehicles roam the roads of 25 cities. These vehicles have already covered over 100 million miles with no significant accident reported. The cautious analysts believed that the vehicles would unveil shortcomings once tested in intense traffic areas. However, Waymo rides are proving the critics wrong since the Arizona launch.

Apart from corporate giants including Tesla, Alphabet, Uber, Lyft and Ford, many small companies and startup entrepreneurs are also considering the investment. If these investors acquire robustly tested vehicles and fulfill the requisite safety measures, there is no reason for them to fail. As the trends indicate, the public trust on autonomous is bound to grow as the services will soon be launched in multiple cities of the US.

Contact us to learn more about the autonomous ride hailing industry and the potential for investment. Our expert teams will help you in developing and expanding your business.